The Pi-day solar storm in 2016 was quite powerful (four terawatts), but unfortunately Kiruna was cloudy that night. The night after however, was somewhat clearer.

On my walk home, I was suddenly aware of green bands in the sky, one crossing over the moon. It was a full moon, so they couldn’t be aurora since aurora would be drowned out by the moon’s brightness. But these bands ran across the full length of the sky and were slowly moving… I rushed home to get my camera and tripod then headed out again.

We had strong winds that kept trying to knock my tripod over (despite it being set into an inch of ice), and the aurora kept appearing and stopping in different parts of the sky, so it was hard to photograph. Added onto that, my D5100 doesn’t have great sensitivity, so I couldn’t capture this at a decent frame rate to really show how fast-moving and detailed the sky was – but it’s still my best aurora clip yet!

After I got back home, the wind became more severe. There was a strong airflow coming *in* through the extractor in the bathroom. We lost power completely for several hours, and lost internet for several days. At the time of writing (five days later) many buildings here still have no internet connectivity – and out of the ones that do, none have wifi with easily-crackable WEP encryption for me to freeload :(.

The aurora was so bright that I could see it over the street lights in the town. It was even bright enough for the camera to pick up quite nicely. 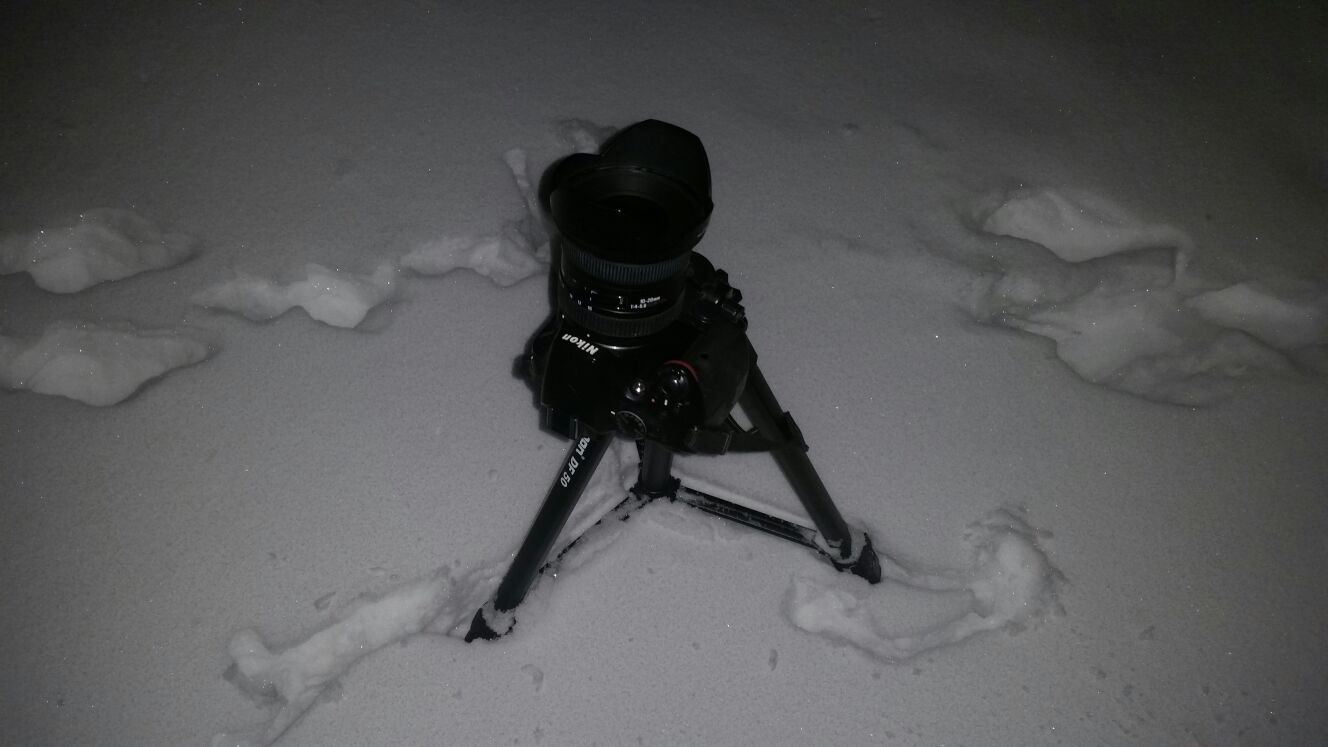 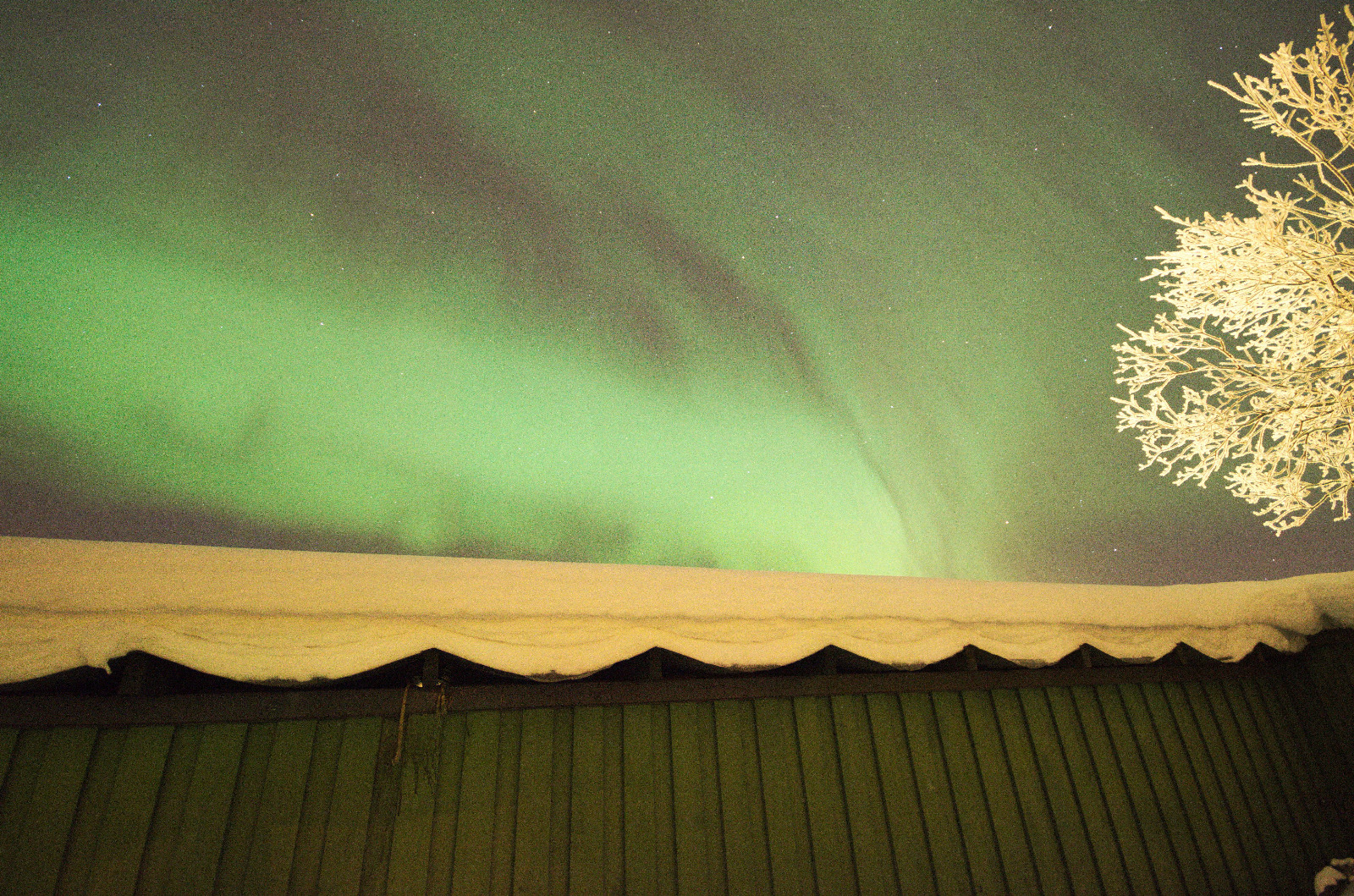 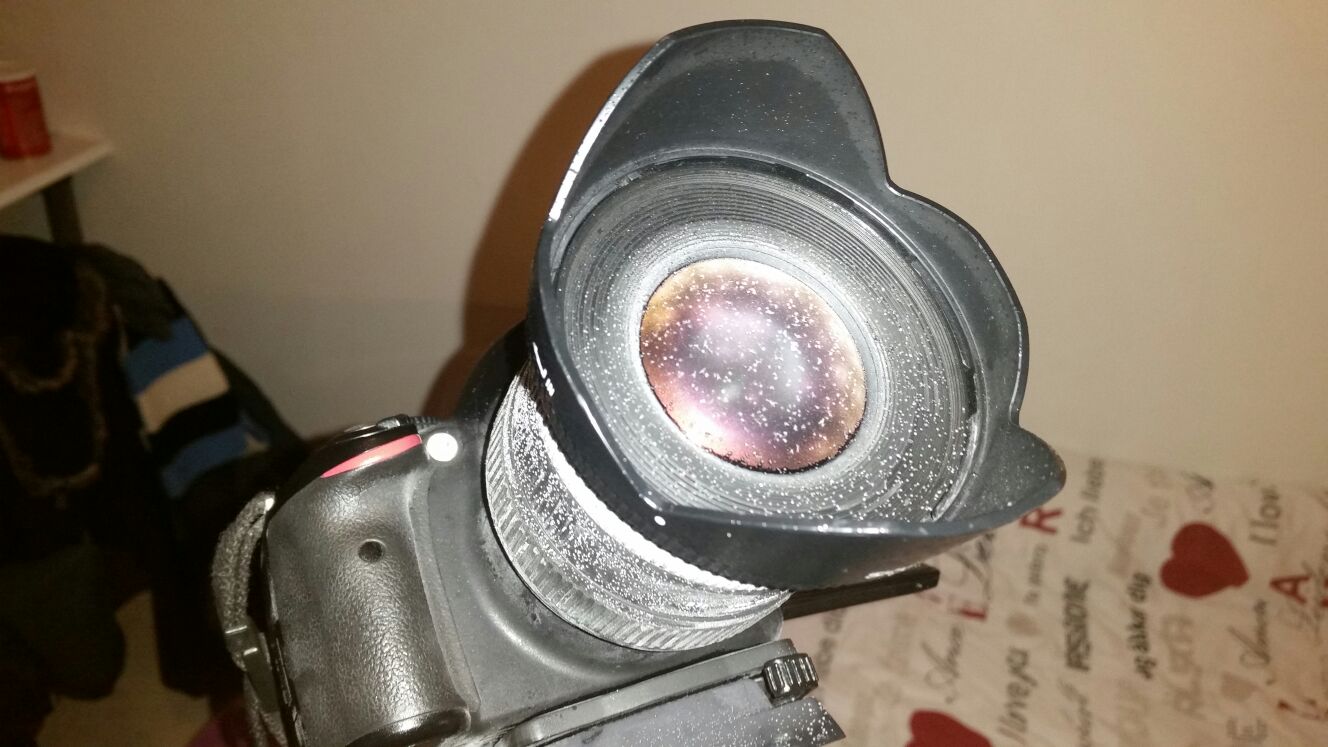